Once upon a time there was a small group of guys up in the Santa Clarita area who wanted to find a local place to fly radio controlled (R/C) planes. Way back then their search paid off when they found a suitable dirt road at the Boskovitch Brothers bean field. When I say “way back then” that was the time when proportional R/C stuff had recently come on the scene. Proportional was a Godsend for modelers. Prior to that time our transmitters had a series of spring loaded toggle switches. Push one switch and a servo pushed the control surface all of the way up or down or…

would move more. Wow. Now that’s modern technology working for us! Kraft’s and other “good” R/C system at that time sold for about $800! That was the time when I was earning $350 a month as a fourth grade teacher for LA Unified!

But there were no buttons to push to change servo throw or otherwise program your R/C system. For example, if you set up a servo in your plane and the control surface worked backwards, you had to get in and move the linkage to the other side of the servo wheel. Or if the control surface moved too much or too little you had to move the clevis to a different hole at the servo or clevis horn. And the transmitter worked for only one plane. Either you had to have multiple R/C systems for different planes or you had to change receivers. (At one time when I was writing for Bridi Hobby and RCM I had as many as 27 R/C systems!) Oh, and there was no such thing as NIMH or Lipo batteries either.

To help the more junior members among us get a fix on R/C in the late 1960s, we all built our planes with either ambroid or Titebond type glues, each of which had to set up over night! There was no epoxy. There was no cyanoacrylate glue. There was no silicone seal, fortunately, however, MonoKote had recently became available; the savior for all who previously had their talents tested when finishing a plane with silk and nitrate dope.

But back to the “Bean Field Flyers.” As the size of the Bean Field Flyers grew and some development in the area began, they left the dirt roads in favor of an area where the streets and curbs were in but no buildings had yet risen from the dust. One problem there was if your plane turned on touchdown, as they often did of their own accord, running into a curb could ruin a prop or make a mess of the engine! Or when turning into final if you made the turn wrong, you could lose a wing on a lamp post. Then they got an idea; lease some land from Newhall Land. And to get money to put in a blacktop runway they would set up a club and open it to 100 members, as I recall. In addition to the dues new members had to pay a “field fee.” Word quickly spread among many guys who flew at the basin; a private blacktop field that was not open to the public. Wow. sounded great.

The membership ranks quickly filled and in the early 1970s the Bean Field Flyers had a home. The Valencia Valley Headwinds R/C field was open for business. There was nothing there but a runway, a ditch surrounding the field to prevent the off-roaders

from tearing up the runway, and a chain gate. No homes within miles. No field buildings. No shade structures, not even an Andy Gumpper (Heading off to the bushes again, huh Frank?). And it stayed that way for all of the years there was a VVH. “Just a really great place to fly with a really nice group of guys.”

Because membership to the club was limited we had a waiting list sometimes including up to 30+ names. At that time it was not unusual for some guys to wait two years before an opening came up. As president one of my best jobs was to make that call to some on our waiting list to inform them that we had some openings! A few years later one of our members opened what might have been the first hobby shop in Santa Clarita not far

from the present Hobby People location, but on the other side of the tracks. And he set up a flying field behind his shop which gave other guys another place to fly. As the size of his group grew, they too sought to lease some land from Newhall Land and settled on a plateau area on the other side of the wash just about across from the Speedway. That was the Canyon Crosswinds.

And over time they really set up a very classy field with a huge shaded area with work tables, grass in the infield, and so on and on. As I recall, one of the issues was field maintenance so they increased the dues and had an arrangement such that when members worked at the field they got points which reduced their renewal dues. One advantage of that system was that if you didn’t want to show up to cut the lawn or paint the tables, you didn’t have to feel guilty about it; you were paying the full amount of your dues. And they had many really nice group of guys in that club.

In addition to the continuing development in the area (actually it was perhaps 15 years later that Newhall Land actually started development of the area leased by the VVH and the CCW) the end of our leases was in sight due to some theft of Newhall Land’s oil! Along the long road to the CCW flying site up on the plateau there were several crude oil pipelines with valves, and so on. Apparently one or more thoughtless members drove in a tank truck one evening, filled it up with Newhall’s crude and drove off to sell it out of the area.

While, as far as I know Newhall never identified the culprit, they did believe he was a member of the R/C guys. Months later when we showed up to our Headwinds field, our Lessor had brought in a cat and our field was a rubble pile of pieces of blacktop! The same thing happened to the Crosswinds’ field at the same time. Newhall had had it with the R/C guys. Our leases were kaput!

In search of a field, members and officers of both clubs were scampering about the area to find a flying site. Both they and we came upon the unused horse area on the plateau above the lake. As Tony (President of the CCW) and I (President of the Headwinds) met with the lake they responded by saying that they would not choose one or the other of our clubs to lease the land and recommended that we merge the clubs as a simple way to solve the problem. Tony and I met. In our discussion I learned that the Crosswinds had formed a tax-free corporation while we were just a limited partnership. As a limited partnership, legally that meant that if anyone were to sue the Headwinds, all members would be a responsible party to the legal action. So, on a vote at a special meeting, Headwinds members we would simply turn over our total bank account to the Crosswinds and we were all members of the CCW; there was no more Valencia Valley Headwinds. We were all one happy family and moved up onto the plateau.

Some trees on the other side and ends of the runway were cut down. What was a packed-down area was covered with blacktop. Work tables were built. We were flying again. And then there is the story about the beautiful field that the lake built for us on land in front of the dam owned by the California Department of Water Resources into which we moved several years later. As I recall, the blacktop alone cost the lake more than $40,000. And it was a fabulous site with a huge field – until 911. But that’s another story.

No events are scheduled 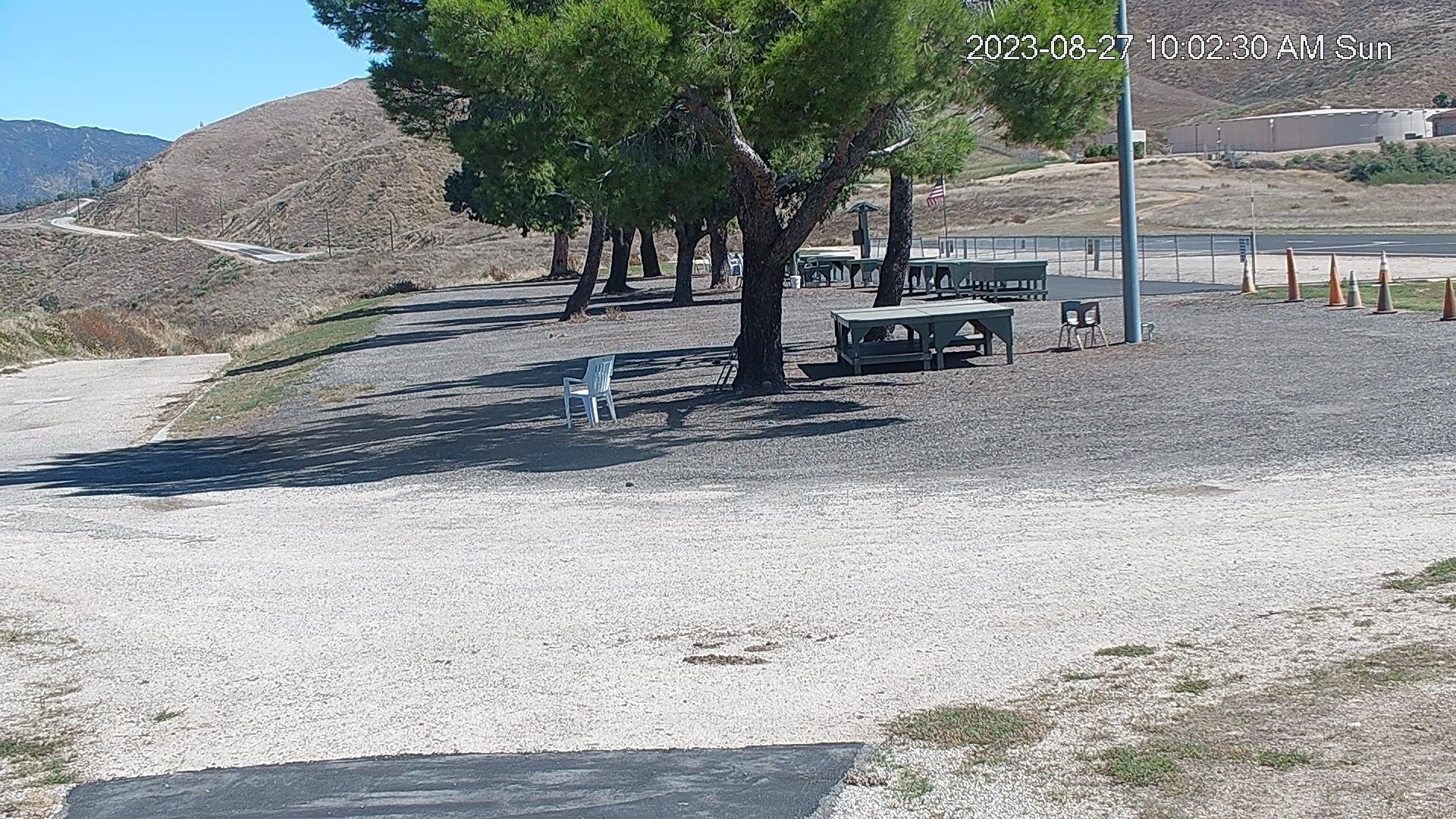